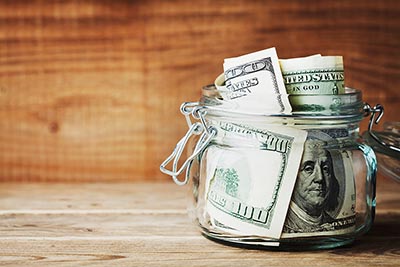 If you’re planning to shop for a home in the Bay Area this spring, you would do well to have more than $200,000 in the bank for a down payment.

That’s according to a realtor.com study, which analyzed the 50 largest U.S. housing markets to determine where buyers will need the most (and least) up-front money to seal a deal. Though a 20 percent down payment has long been considered the gold standard with lenders, home shoppers in the high-priced Bay Area should consider trying to exceed that number.

Buyers in the San Jose metropolitan area are currently shelling out the largest down payments in America, an average of 23.9 percent. As the country’s most expensive housing market, with a median list price of $1.2 million, San Jose homebuyers are placing down payments of $257,000.

In San Francisco, the average down payment is only slightly lower — 22.6 percent. That translates to a $212,000 down payment to purchase the median-priced $899,000 home. Two other California housing markets placed in the top five nationwide for largest down payments: Los Angeles (No. 3, 17.9 percent) and San Diego (No. 5, 15.9 percent).

The realtor.com report echoes findings from ATTOM Data Solutions, which also says that down payments in San Jose, San Francisco, and Los Angeles were the three highest in the nation in the fourth quarter. That study puts those California markets among the one-dozen in the U.S. where the average down payment was higher than $50,000.

According to realtor.com Director of Economic Research Javier Vivas, saving for a down payment is one of the biggest obstacles to homeownership, particularly for younger homebuyers.

“It’s really challenging for younger buyers who don’t have deep pockets and haven’t had time to build up that big financial lump sum,” he said.

Even with the barriers that millennials and other young Americans face on the path to homeownership, they are the most active group of buyers for the fifth straight year. And that’s true even in the high-dollar Bay Area, where buyers under the age of 35 accounted for more than one-third of recent Pacific Union transactions in San Francisco and Silicon Valley, according to a February analysis by company Chief Economist Selma Hepp. Even more recently, MarketWatch reported that San Jose was one of the most popular housing market for Generation Z, defined as those age 23 and younger.