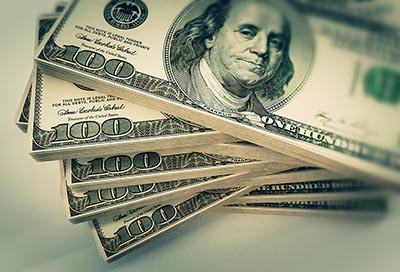 Bay Area employees — particularly tech workers — earn some of the highest wages in America, which is helpful considering that households in the region’s two largest cities must pull down the most money in the country to afford a home purchase.

That’s according to a SmartAsset analysis, which calculates how much money residents of the 15 largest U.S. cities should earn each year to afford a home. The study assumes a 20 percent down payment; a 30-year, fixed-rate mortgage at 4 percent; 2 percent home value increases and 2 percent inflation each year; annual home-insurance premiums of 0.5 percent; and no additional debt.

San Francisco households are the only ones in the country to require six-figure annual incomes to afford total home payments: $128,598, or about $40,000 more than the average income in the region. After placing a down payment on the median-valued $799,600 home, San Francisco homeowners with a mortgage can expect to shell out $3,858 each month in payments.

Homebuyers in the San Jose metropolitan area fall just under the six-figure earning threshold, with recommended yearly incomes of $99,963 — the second highest in the country — to afford payments on a median-valued $609,500 home. Buyers in the region would spend $2,999 per month on housing payments.

Los Angeles and San Diego rank a respective No. 4 and No. 5 behind New York City for the largest required annual incomes. Home shoppers in Los Angeles must make $77,230 annually to afford a home, while those in San Diego require annual incomes of $75,816.

If there is a silver lining in the numbers for San Francisco house hunters, it is that renters actually need bigger incomes to live in the region. A separate study by SmartAsset published last month found that San Francisco renters must earn almost $180,000 per year to afford the average $4,189 two-bedroom apartment.