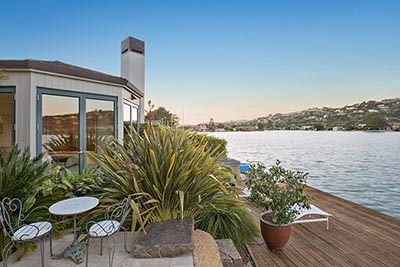 Although demand for luxury homes slowed a bit nationwide last year, California markets remained hot, despite some of the highest prices in the country at that segment.

“Age of inventory in the top 5 percent of the market slowed significantly over last year — a telltale sign that the supply in the luxury sector continues to outpace demand,” realtor.com Director of Economic Research Javier Vivas said. “Much of this slowing can be attributed to a wider selection of luxury homes for buyers and increased uncertainty over the last 12 months.”

Demand for luxury homes in the Bay Area remained robust last year, particularly in Marin County, where prices were up by 11.63 percent from 2016. Marin was one of 12 U.S. counties to see entry-level luxury prices grow by double-digit percentage points year over year, and most of the others are primarily considered second-home markets.