California Has the Most Million-Dollar Homes in the U.S. 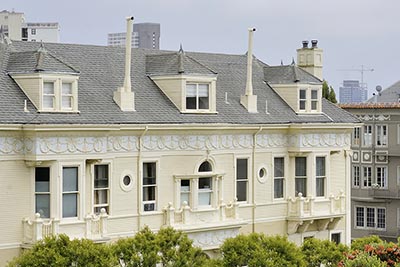 In what will come as little surprise to anyone who follows California real estate, the state is home to the top three housing markets in the country with the highest percentage of million-dollar properties, with Silicon Valley at the top of the pack.

More than half of homes in the San Jose metropolitan area — 53.81 percent to be exact — are valued at more than $1 million, according to a study by LendingTree Chief Economist Tendayi Kapfidze. The region leads the nation for the most properties worth more than seven figures and is also the only one in the country with a median value of more than $1 million.

In San Francisco, slightly more than 40 percent of homes are valued at north of the million-dollar mark, the second most in the country. The median home value in the region is $891,000.

California real estate markets have plenty of millionaires on both sides of the equation. A recent analysis by PropertyShark found that Golden State cities account for more than one-third of the top U.S. housing markets that have produced the most millionaire home sellers since the turn of the century, with San Francisco in the No. 1 position. And earlier this year, Smart Asset published a study finding that the San Francisco metro area had the most homebuyers in America who earned $1 million per year in 2016.

The Bay Area’s astronomical real estate prices are of course a by-product of ultratight supply conditions, and another recent report paints a sobering picture of how long it might take to solve the situation. Local organization Plan Bay Area 2040 examined the length of time it would take local communities to meet housing-growth targets assuming the same annualized construction rate observed over the past seven years. And while San Francisco and San Jose are forecast to meet their new-housing goals in roughly 50 years, Oakland is not scheduled to get there until the year 2295.