California Is the Top U.S. State for Having Fun 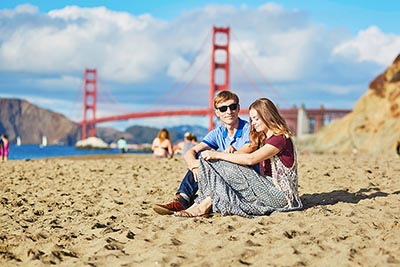 While California’s booming job market and temperate year-round climate are definitely big draws, the fact that our state is simply a fun place to live cannot be underestimated.

California is in fact the No. 1 state in the U.S. for having a good time in 2018, according to a new study by WalletHub. The analysis ranks all 50 states on a 100-point scale based on 26 measures in two major categories: entertainment and recreation and nightlife. The former category includes factors such as amount of attractions and number of movie theaters and restaurants per capita, while the latter encompasses access to bars, cost of libations, and number of music festivals per capita.

The Golden State takes the top spot on the fun list with a score of 59.42. California ranks No. 1 in the overall entertainment and recreation category and No. 7 for the nightlife criteria.

In terms of access to culture, California’s preeminence is even more pronounced. California ties New York for the most performing-arts theaters per capita in the country, a whopping 40 times more than the states with the fewest number of such venues.

And California shines when it comes to staying in shape, tying New York for the highest number of fitness centers per resident. Thanks in part to the Golden State’s pleasant weather, Californians also have plenty of ways to exercise outdoors; in a separate analysis published earlier this year, WalletHub named San Francisco as America’s healthiest city, with both the nation’s most running and walking trails per capita.

And while the study does not rank California among the best five places to access national parks, it is worth mentioning that the Golden State is home to nine of the 60 protected areas operated by the National Park Service, more than any other U.S. state.

If you’re looking for ideas for getting out and enjoying yourself around the Bay Area this spring, check out Pacific Union’s latest roundup of the best local festivals and events. And if you’re in the mood to hit the road, this list of our favorite Northern California day trips will steer you in the right direction.