California Needs More New Homes Than Any Other U.S. State 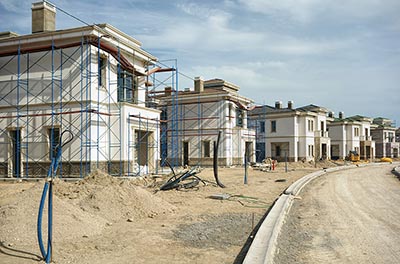 Over the past decade and a half, more than 20 U.S. states have not built enough homes to meet demand, leading to rising prices and decreased affordability, with California accounting for nearly half of the undersupply.

That’s according to a new report published by Up for Growth National Coalition, ECONorthwest, and Holland Government Affairs, which says that between 2000 and 2015, America fell 7.3 million housing units short of meeting buyer demand. Twenty-two states and Washington, D.C. failed to meet their housing goals, including California. The Golden State is in fact responsible for 45 percent of the national housing shortage, accounting for 3.4 million units.

“From California to Maine, the supply of housing is simply not matching its growing demand,” Clyde Holland, founder and CEO of Holland Partner Group and Up for Growth executive chairman said. “Not building enough new housing pushes rents up, forces quality of life down, and is a significant drag on the economy.”

Using the Bay Area and California as examples in the full report, the study advocates for what it calls a “smart growth” approach to building enough housing to meet demand. This entails developing housing based on a formula involving existing population density, proximity to public transit, and the number of people who drive to work.

The study theorizes that a smart-growth approach to housing could have significant benefits for California and its residents, eventually cutting vehicular miles traveled by almost 30 percent. If the state could add 3.3 million housing units over the next 20 years, prices would be about 22 percent less than they would have been without the extra supply, although that does not mean that they would be less than they are currently.