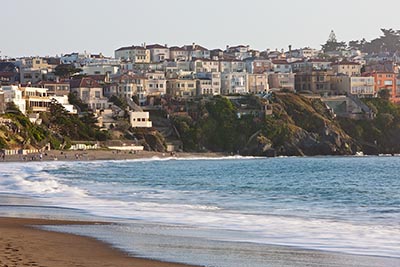 California home price appreciation should slow next year, although there appears to be no end in sight for the state’s severe and prolonged inventory shortage.

That’s according to the California Association of Realtors’ 2018 housing market forecast, which says that the median sales price for an existing single-family home in the state should close out 2017 at $538,500, up 7.2 percent year over year. CAR predicts that appreciation will slow to 4.2 percent in 2018, putting the median price at $561,000 by the end of next year.

Here in the Bay Area, price growth is also expected to cool next year, according to the latest forecast from John Burns Real Estate Consulting. The company expects new home prices to increase by 1.3 percent in the San Francisco metro area and by about 4.5 percent in the East Bay, San Jose, and Santa Rosa metro areas, all lower than this year’s predicted appreciation rates.

In a statement accompanying CAR’s report, Senior Vice President and Chief Economist Leslie Appleton-Young said that California’s housing inventory has been particularly tight at lower price points this year, while the higher end has had more favorable supply conditions. She expects that trend to persist in 2018, as buyer demand is projected to remain strong.

“With tight inventory being the new ‘norm’ for the past few years and at least the upcoming year, we’ll continue to see fierce competition driving up prices, leading to lower affordability and weaker sales growth,” she said.

Healthy economic conditions and historically low mortgage rates are expected to drive continued demand for California real estate in the coming year. CAR predicts that the state’s unemployment rate will dip to 4.6 percent in 2018, while mortgage rates will finish the year at 4.3 percent.