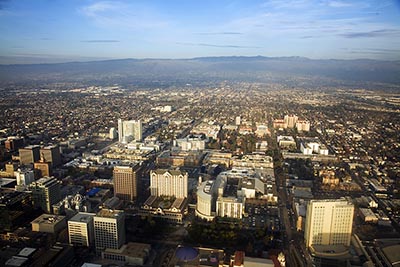 U.S. HOMEOWNERS 23 AND YOUNGER NUMBER ALMOST 100,000
Although millennials have represented the largest group of homebuyers for five consecutive years, they have been slower than previous generations to enter the housing market. But the demographic behind them — Generation Z — has already purchased homes in surprisingly large numbers.

As MarketWatch reports, there were more than 99,000 U.S. homeowners age 23 and younger as of the fourth quarter of 2017, and they carried an average mortgage balance of $140,000. While that is very small compared with the number of millennial and Gen X homeowners, it is still impressive given tight inventory conditions and high home prices, National Association of Home Builders Chief Economist and Senior Vice President for Economics and Housing Policy Robert Dietz told MarketWatch.

“I’m a little surprised to see the numbers as large as they are,” he said. “The traditional life cycle is to rent, especially for younger consumers who might have student loans.”

According to ATTOM Data Solutions Senior Vice President Daren Blomquist, Generation Z may be less wary of homeownership than millennials or Generation X, as they are further removed from the Great Recession. He added that San Jose is one of the most popular housing markets for homebuyers in their early 20s, one of the only expensive places that Generation Z tends to buy homes.

DESPITE PRIVACY SCANDAL, FACEBOOK CONTNIUES SILICON VALLEY EXPANSION
Facebook’s recent highly publicized privacy debacle may be tanking the company’s stock price and causing some users to consider fleeing the social network, but it isn’t stopping the company from picking up even more office space in Silicon Valley.

That’s according to The Mercury News, which reports that the embattled social-networking titan has recently leased three sizable office buildings in Sunnyvale totaling about 1 million square feet of space. Although the company would not comment on the move, the publication says that the buildings, called Moffet Towers 2, could house between 5,000 and 6,000 employees.

The lease continues a series of planned expansions by Facebook over the past year. In December, the company leased nearly 200,000 square feet of office space in Fremont after earlier announcing plans to build an urban village in Menlo Park that would include work spaces, housing, and retail establishments.

CALIFORNIA NAMED ONE OF THE FIVE MOST INNOVATIVE STATES
Silicon Valley is globally known as a hotbed of groundbreaking technology and ideas, so it’s not a huge surprise that its home state counts as one of the most innovative in the country.

In a recent study, WalletHub ranked all 50 states for innovation on a 100-point scale based on 22 criteria ranging from number of tech companies to highest amounts of venture-capital funding. California is the nation’s fifth most innovative state in 2018, with a score of 65.37. The state ranks No. 1 overall for best innovation environment and places in the top five for the highest percentage of residents older than 25 with engineering degrees.

California also ties three other states and Washington, D.C. for the most venture funding, but despite its reputation as a technology hub, it does not rank in the top five for the highest concentration of tech companies.

SILICON VALLEY IS A TOUGH PLACE TO BECOME A LANDLORD IN 2018
Bay Area tenants pay some of the highest rents in the nation, but extremely expensive single-family home prices mean that new landlords will not currently turn much of a profit.

ATTOM Data Solutions’ latest Single Family Rental Market report projects that the average investor who buys a U.S. single-family home as a rental property in 2018 can expect an 8.9 percent return on investment, down slightly from last year. One-third of U.S. counties analyzed should see potential rental returns increase from 2017, with Contra Costa ranking in the top five for highly populated counties at 4 percent growth.

When it comes to actual rental yields, the Bay Area does not fare as well for aspiring landlords. Santa Clara County ties Arlington County, Virginia for the lowest rate of rental returns at 3.6 percent, followed by San Mateo County at 3.7 percent.