Residents Are Overwhelmingly Happy With Their Homeowner Associations, Survey Finds 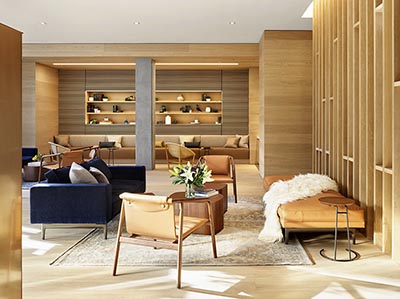 Monthly homeowner association dues can be quite an expensive proposition at luxury buildings in cities like San Francisco, but most people who pay them are pleased with the services they receive.

That’s according to survey results from the Community Associations Institute, which found that 85 percent of Americans who live in buildings governed by HOAs say that they are satisfied in their communities. Sixty-three percent of residents rate their experience with their HOA as positive, while 22 percent are neutral on the subject.

Similarly, 81 percent of respondents said that they were on good terms with members of their HOA, and an identical number cited positive experiences when making personal contact with community managers. Eighty-four percent of residents believe that their HOAs absolutely or mostly have residents’ best interests in mind when making decisions.

An even larger number of those who live in HOA-governed buildings — 90 percent — believe that the rules enhance their property’s value, or at least do not negatively affect it. Just 4 percent of those surveyed believe that HOA guidelines harm their units’ value.

Because most residents who pay HOA dues perceive them as an investment in their long-term financial future, they are adamant that all residents chip in for the good of the community. Similar to past years’ surveys, nearly three-quarters say that they insist that their neighbors pay their dues with sufficient notice (including involving attorneys if necessary), compared with just 10 percent who would cut services or amenities for everyone.

So what do Americans like most about living in buildings governed by HOAs? Residing in a clean, attractive community is the top reason, cited by one-fifth of those surveyed, while 18 percent point to safety and not having to perform maintenance chores themselves.

If you are thinking about shopping for a condominium that charges HOA dues, check out Pacific Union’s primer on the subject, “Demystifying Homeowner Associations.”