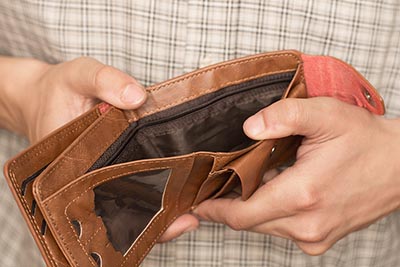 That’s according to ATTOM Data Solutions’ latest U.S. Home Affordability report, which calculates affordability based on the percentage of average wages needed to purchase the median-priced home, assuming a 3 percent down payment and a 30-year, fixed-rate mortgage. The company then assigns an affordability value to a housing market compared with its historic average; index numbers above 100 mean that a city is more affordable than its historic average, while those below 100 indicate that a market is less affordable than its historic norm.

Nationwide, the affordability index has fallen to 95 in the second quarter, down on both a quarterly and yearly basis and the lowest level since the third quarter of 2008. Assuming a debt-to-income ratio of 28 percent, a worker earning the average wage would not qualify for a mortgage in 75 percent of the more than 430 U.S. counties included in the analysis.

The second quarter’s median sales price is $245,000, up by 4.7 percent year over year. Still, that is outstripping the annual wage gain of 3.3. percent, and over the past six years, home prices have increased by 75 percent while wages have grown by 13 percent.

All nine Bay Area counties are now less affordable than their historic averages. Three local counties have among the five lowest affordability index readings in the country for markets with populations of at least 1 million: Alameda (81), Santa Clara (82), and San Francisco (83).

Eight of nine counties saw home prices grow faster than wages from the second quarter of 2017, with only Napa posting a modest improvement. Affordability is eroding quickly in Santa Clara County, where home prices appreciated by 25.5 percent year over year but wages grew by only 7.2 percent.