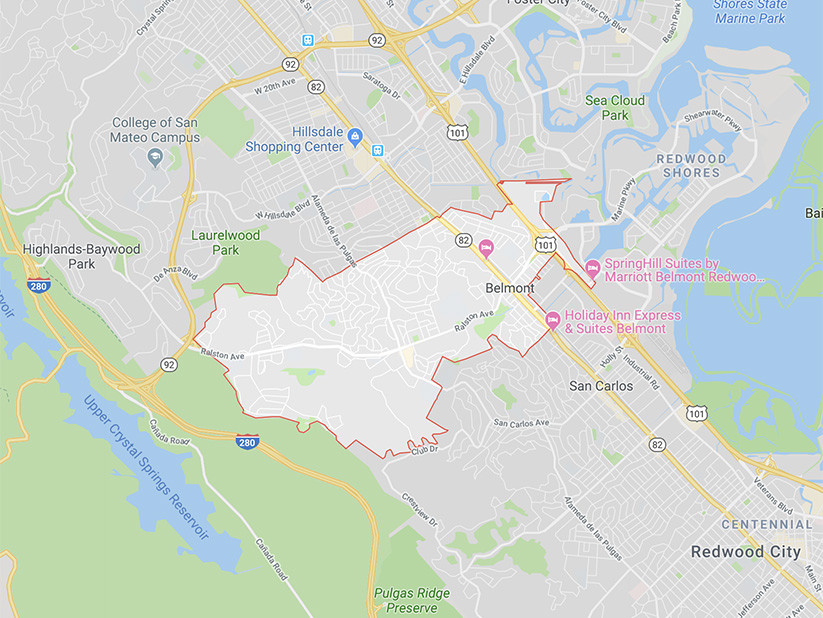 Belmont gets its name from the French words for “beautiful mountain,” and much of the city sits at the base of steep hills overlooking San Francisco Bay.

Many fine, historic homes still stand, although the demand for additional housing in recent decades – spurred partially by growth at the nearby headquarters of Oracle Corp. – gives the city a more modern look.

The city is located within close proximity to both state Route 82 and Highway 101 and also has its own Caltrain station. Belmont is also the home of Notre Dame de Namur University, a Catholic, co-educational school that became the first college in California authorized to grant a bachelor’s degree to women.

Belmont attracted national attention in 2009 when it adopted a smoking ordinance considered one of the strictest in the nation. The ordinance bans smoking in all parks, businesses, and multistory apartments and condominiums.