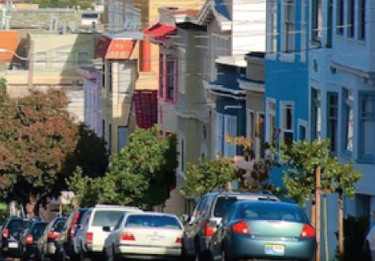 Spanning from California Street to Fulton Street and from 33rd Avenue to Park Presidio Boulevard, Central Richmond is a beautiful neighborhood bordering Golden Gate Park, including both residential housing and commercial attractions. Homes in the neighborhood are in close proximity to good food, beautiful parks, and many forms of entertainment. Browse our selection of Central Richmond homes for sale.

Central Richmond residents have a wide variety of restaurants from which to choose, including Asian food from nearly every region, popular taquerias, cafes, French and Italian cuisine, and more. Clement Street offers diners options to suit any preference. Muni bus lines that serve the neighborhood include the 38 Gear, the 31 Balboa, and the 5 Fulton.

Situated between the Outer and Inner Richmond neighborhoods, the entire area was initially called “the Great Sand Waste” by early immigrants to San Francisco due to the fact that it originally consisted of rolling sand dunes that served as a barrier between the city and the sea.

The neighborhood is full of colorful homes, many of which are less than a mile from the Pacific Ocean at Ocean Beach. Residents enjoy easy access to both Golden Gate and Presidio parks. Convenient to San Francisco State University, University of San Francisco, and University of California - San Francisco, this district is close to entertainment and fun, but retains its peaceful and mellow feel for families.