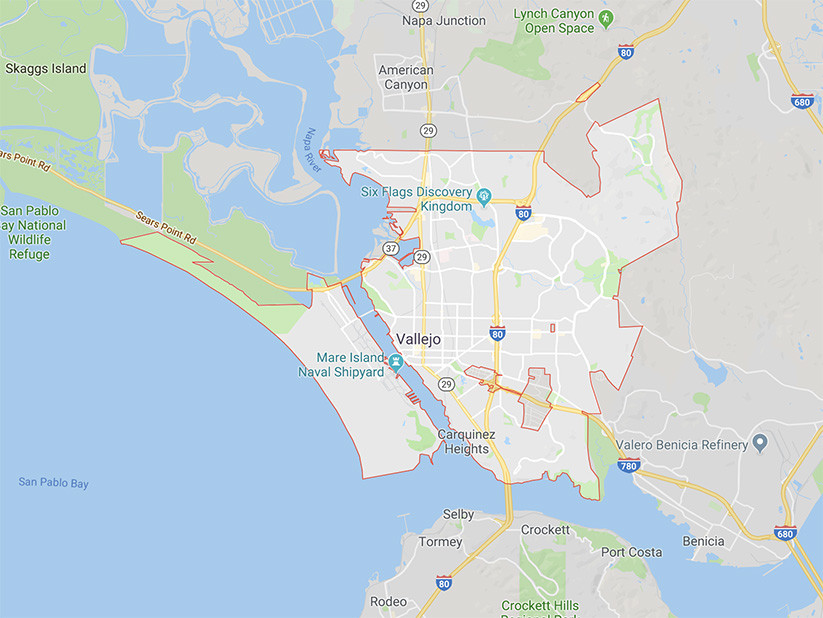 Vallejo is a waterfront city in Solano County, California, located in the North Bay subregion of the San Francisco Bay Area. Vallejo is the closest North Bay city to the inner East Bay, so it is sometimes mistakenly associated with that region. It is the tenth most populous city in the San Francisco Bay Area, and the largest in Solano County. Vallejo sits on the northeastern shore of San Pablo Bay, 30 miles north of San Francisco, the northwestern shore of the Carquinez Strait and the southern end of the Napa River, 15 miles south of Napa. The city is named after General Mariano Guadalupe Vallejo, a native Californio, leading proponent of California's statehood, and one of the first members of the California State Senate.

Vallejo is home to the Six Flags Discovery Kingdom theme park, the now-closed Mare Island Naval Shipyard, and the office for Region 5 of the United States Forest Service. The colleges and universities in Vallejo are California Maritime Academy, the Vallejo Center campus of Solano Community College, and Touro University California.

Vallejo has twice served as the capital of the state of California: once in 1852 and then again in 1853, both periods being brief. The State Capitol building burned to the ground in the 1880s and the Vallejo Fire Department requested aid from the Fire Department at Mare Island Naval Shipyard. As there were no bridges at that time, the Mare Island Fire Department had to be ferried across the Napa River, arriving to find only the foundation remaining. This was the first recorded mutual aid response in the state of California.